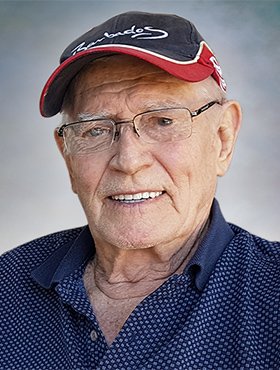 Bob Thompson beloved husband of Marion of Calgary, passed away on Thursday, May 7, 2020 at the age of 84 years.

He is survived by his wife Marion of almost 35 years and her family, as well as his daughters, Donna Thompson and Cheryl Thompson, both of White Rock, BC, his son Ken Thompson in Surrey, BC, a brother Bill and wife Shirley, Vernon, BC, and brother-in-law John Chesser, Cobourg, Ontario, as well as five grandchildren and their spouses, Brianne, Ryan, Jessica, Samantha and Mitchell, nine great-grandchildren, and numerous nieces and nephews.

At the request of the family no public service is planned.

The family wishes to thank the staff at Extendicare Hillcrest for helping look after Bob the past four years.