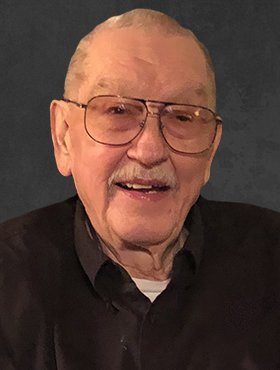 Zygmond Piebiak, beloved husband of Muriel Piebiak (McLaren) of Calgary of Province, passed away on Thursday, February 20, 2020 at the age of 77 years.

Zyg was born on the family farm at Eaglesham, AB to Andrew and Josephine Piebiak.  He farmed with his father for a few years and bought his own farmland in 1961.   Unfortunately, he could not farm due to health reasons and moved to Calgary to attend SAIT.  He met his wife, Muriel, in Calgary in 1965 and they were married in Baldur, MB in April 1966.

In August 1965, he started to apprentice as an Electrical Mechanic and in 1973 Zyg and Muriel started their  electrical repair business, Foothills Electric Ltd.  At the time of his death he was still going to the business every day.

Zyg and Muriel raised three sons, Tim, Greg and Doug.  He was always proud of his sons’ endeavours.  Zyg was involved for many years in scouting and baseball.  He was a Scout Leader and recently celebrated 40 years with Scouts Canada.  Many of his NW Little League teams won tournaments and the wind-up parties were often held at his home complete with a water fight.

Besides his wife, Muriel, Zyg is survived by his sons Tim, Greg (Jacqui) and Doug; his grandchildren, Braeden, Brooklyn, Ethan and Hayden; his sister Christine (Peter) Gordon; his nephews Tyler (Michelle) and Christopher (Bianca) Gordon, Michael and Daryl Piebiak; his sister-in-law Anita Piebiak and her daughters Krista (Jeff) and Jill (CJ) as well as numerous other nieces, nephews, extended family and friends.

To send flowers to the family or plant a tree in memory of Zygmond Piebiak, please visit Tribute Store
Sunday
1
March

A Celebration of Life

Share Your Memory of
Zygmond
Upload Your Memory View All Memories
Be the first to upload a memory!
Share A Memory
Send Flowers
Admin Login | Website powered by FuneralTech & TA