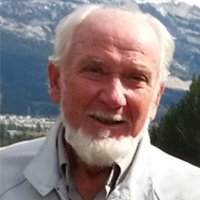 Gunther, beloved husband of the Late Edith Brandler (nee Wronski) of Canmore, AB, passed away on Monday, January 27, 2020 at the age of 90 years.

Gunther was born in Chechoslovakia on June 13, 1929, moving to Braunschweig Germany after the war. In 1954 Gunther immigrated to Canada to begin a new life settling in Calgary, Alberta to be closer to the mountains.

In 1955 Gunther brought the love of his live Edith Wronski over to marry him and the following year their son Richard was born.

Upon retirement, Gunther built a beautiful home in Canmore, Alberta where he spent his golden years skiing all winter and hiking all summer.

Share Your Memory of
Gunther
Upload Your Memory View All Memories
Be the first to upload a memory!
Share A Memory
Plant a Tree
Admin Login | Website powered by FuneralTech & TA