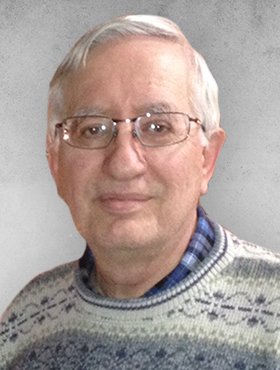 Roland, beloved husband of Joanne Harisch (nee Ramsay) of Calgary, AB, passed away on Monday, November 18, 2019 at the age of 72 years.

In 1966, Roland married Joanne and together they had three children and three grandchildren.

Roland received his R.I.A (later C.M.A) designation in 1974.  Throughout his career he served on various industry organizations as an executive and was president of the Calgary Chapter of Tax Executives Institute in 1995.

He enjoyed wood working, camping, photography and videography, and particularly liked gliding with his friend Rod.

Roland loved traveling and made many memories and friends during his travels.  His favorite destination was Maui, Hawaii where he traveled to frequently in recent years.

He will be most remembered for being selfless, giving and loving to his family and friends, whom he readily made.

Roland was predeceased by his parents Margaret and William and his brothers Henry, Wolfgang and Georg Harisch.

Share Your Memory of
Roland
Upload Your Memory View All Memories
Be the first to upload a memory!
Share A Memory
Plant a Tree
Admin Login | Website powered by FuneralTech & TA