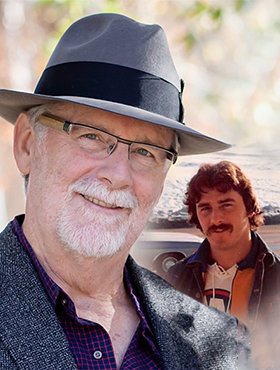 Michael René Frederick, beloved husband of Cindy Frederick (née Pedersen) of Calgary, passed away on Saturday, November, 9, 2019 at the age of 63 years.

René made his way into the world on August 1, 1956 at the Calgary General Hospital, the first of five children born to Pat and Bill. Then it was home to the family farm, near Nightingale.  He graduated from Samuel Crowther High School where he knew grades were important, yet sports and friends were his priority. Summers were spent working on the railway and in the winter, he attended the University of Alberta, where he obtained his B.A. in Political Science. The decision to attend Mount Royal College greatly impacted his future. Frequent coffees with a certain girl eventually led to marriage while his diploma in Land Administration helped kick-start a thirty-year career in Natural Gas Marketing. René married Cindy Pedersen to the delight of his sister Suzanne. He once described their life as a roller coaster ride that he would not have missed for the world. The early years were filled with football, broomball, and baseball tournaments, with René as an active participant. As the family grew, his passion turned to coach and mentor where he taught his kids the skills and secrets of the games. His wit was legendary, and the one-liners were pure gold. René was a master at Jeopardy and Trivial Pursuit. He used to joke that he was a “fountain of useless information.” René had an insatiable thirst for facts and current events. He was comfortable with himself, by himself, never lonely. He was kind and honest and a man of great integrity. His goal in life was to retire early and he took to it well. Life was full. Hockey games in between countless rounds of golf, hiking, kayaking, playing pool, and cruising the open road with Cindy, on their motorbikes. When he would reflect on his past, he would humbly comment that he “had done quite well for an incompetent man.” He thanked God every day for the blessings in his life.

René was predeceased by his father, Bill; sister, Suzanne, and precious son, Ethan Kjeld. He found peace knowing that even as he left our world, they were all waiting to welcome him into God’s home.

His loss will also be felt deeply by his Pedersen family. To all the friends along the way, you brought him joy. Thank you.

To send flowers to the family or plant a tree in memory of Rene Frederick, please visit Tribute Store
Friday
22
November