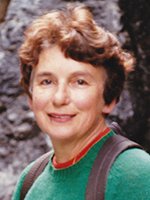 Lea Ruus, loving wife of the late Ivar Ruus of Calgary, Alberta passed away peacefully on Monday, August 19, 2019 at the age of 87 years.

Lea was born December 11, 1931 in Parnu, Estonia to Voldemar and Tamara Ernesaks. She had a wonderful childhood spent on the Estonian beaches and wooded park areas. The family was forced to leave Estonia in 1944 to escape Russian persecution and spent the next five years as refugees moving from town to town in Germany, England, and Ireland. Lea obtained her high school diploma in Ireland. During this time she met her husband to be in Germany.  The family finally landed in Halifax in 1951 and quickly settled down in Toronto where she worked at the Bank of Nova Scotia. In 1956, she married Ivar Ruus and moved to Alberta.

Her main interest was her family, being keenly interested in their activities and celebrating with them as they accomplished their life goals. Her intelligence and knowledge of world events, history, literature and music enriched our lives. She developed many lifelong friendships through the Engineers Wives Association (bridge, book club, hiking and golfing) and the Estonian community. A gourmet cook, she loved to entertain those friends and family. She would relax listening to classical music and gardening.

She was predeceased by her husband Ivar Ruus; parents Voldemar and Tamara; brother Mait Ernesaks and sister-in-law Rosemary Ruus.

She was a wonderful wife, mother and grandmother and will be greatly missed.

A private family memorial service will be held at a later date.

To send flowers to the family of Lea Ruus, please visit Tribute Store

Share Your Memory of
Lea
Upload Your Memory View All Memories
Be the first to upload a memory!
Share A Memory
Send Flowers
Admin Login | Website powered by FuneralTech & TA