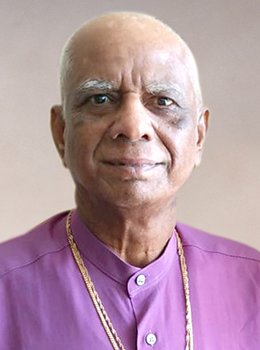 Dagananden Cundasawmy beloved husband of Parvudee and father of Balakrishna and Laxmee, passed away peacefully on Thursday August 15, 2019 at the age of 68 years.

He lived most of his life in Mauritius and always cherished his home island. He moved to Calgary in 2013 when he retired to be closer to his children.

Danand enjoyed playing dominoes and cards and have won numerous domino competitions; he liked to spend times at Champ de Mars on Saturdays and always had quality times at the Casinos; he was a fervent supporter of Leeds Utd and Netherlands soccer teams; and, he relished discussing about Mauritian politics and always followed events from Mauritius.

He will be most remembered as someone who lived on his own terms and enjoyed his life to the fullest extent.

He comes from a family of four brothers and is survived by two of them, Ga and Rama who both live in Strasbourg, France with their families.

Besides his devoted wife, Danand is survived by his son Bala, his daughter Laxmee and his only grandson Rayan who is very fond of him.

Danand will also be remembered for his laughter, story telling, friendly and easy-going nature. He always made people laugh. He was also a very generous man and helped many people in different ways.

The extended family, relatives and friends in Mauritius and abroad are also very sad at his passing and will miss him greatly.

He will continue to live in our hearts for ever.

May Danand rest in peace and God bless his soul.

“From ignorance, lead me to truth

From darkness, lead me to light

From death, lead me to immortality

To send flowers to the family of Dagananden Cundasawmy, please visit Tribute Store

Share Your Memory of
Dagananden
Upload Your Memory View All Memories
Be the first to upload a memory!
Share A Memory
Send Flowers
Admin Login | Website powered by FuneralTech & TA