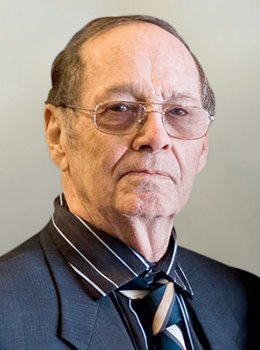 He graduated in 1962 from the University of Saskatchewan with a degree in Education and married Doris in September of the same year. He taught school in many small towns across Saskatchewan, before moving to Yellowknife in 1975. Les would eventually become vice-principal at William McDonald Junior High School. He was strict but fair and became one of Yellowknife’s most respected educators.

After retiring from teaching in 1985, Les dabbled in other careers before helping build Robertson’s Taxidermy. His gift of the gab established many lasting friendships with clients throughout North America and beyond.

Les was particularly proud of his children and spent his summers and weekends fishing, hunting and camping with his family. He also claimed to enjoy wood cutting although his frequent tossing of a stubborn chainsaw 40 feet into the forest suggested otherwise.

After leaving Yellowknife in 2006, Les lived in Stony Plain, AB and Gabriola Island, BC before settling down in Calgary in 2012. He was just getting the travel bug when dementia changed his life forever in 2015.

Les was very sociable and will be most remembered for his wit, infectious laugh, and sense of humour, something that he was able to hang onto throughout his illness.

Please share a memory or story about Les through www.calgarycrematorium.com. If friends so desire, a donation may be made at your local SPCA.

The family would like to especially thank the staff at Rocky Ridge Retirement Community for their kind attention and care of Les.

Share Your Memory of
Leslie
Upload Your Memory View All Memories
Be the first to upload a memory!
Share A Memory
Plant a Tree
Admin Login | Website powered by FuneralTech & TA